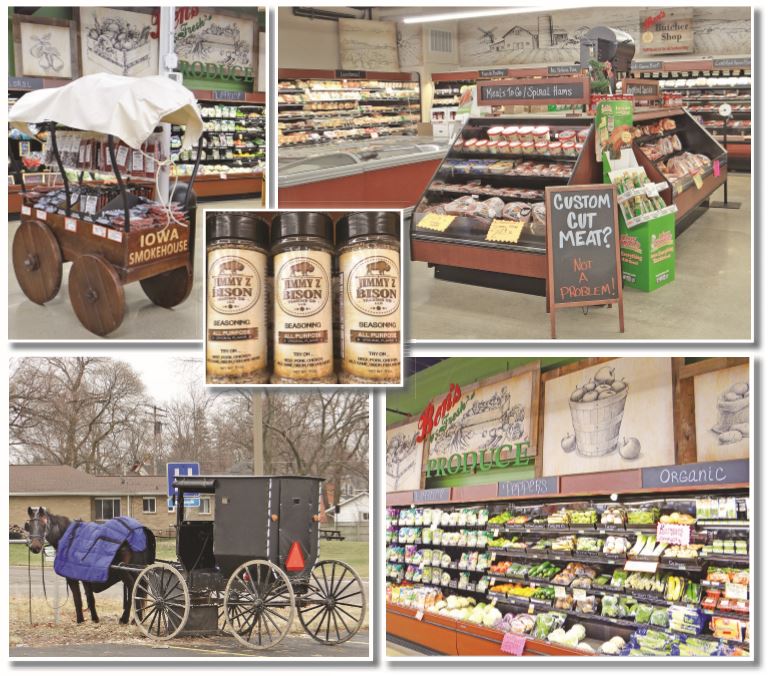 Thanks to Jim Zyrowski, Cass City has a grocery store again — after going without one for six years. Zyrowski, who is president of Ben’s Supercenters, purchased the old Erla’s Food Center to open what he calls a “community-driven store off ering top-quality products at the very best value for local residents.”
With supercenters in Marlette and Brown City, Zyrowski had been looking for the right location to open his next one. “Cass City is a great community with a long history of providing quality food at great prices right from this spot,” he says. “In the 1940s this was a frozen food locker where local families could keep their frozen groceries. Then the Erla Family purchased the building and created a smoked-meat business and grocery store, serving the area for nearly 60 years. We respect that history and hope to continue the tradition of doing right by the community.”
The Zyrowski family has roots of its own in the grocery industry. “My dad, Ben Zyrowski, is the one who started the family in the grocery business. After serving in the U.S. Army, he was employed as a meat cutter by A&P in Warren, Michigan,” Zyrowski says. “Then in 1965 he purchased a small 4,500 square-foot grocery store in Brown City that he named Ben’s Supermarket, and I grew up working in the store — helping out from a very young age, before I even started kindergarten.”
Ben’s expands to Cass City
The company evolved from there, expanding that original location into a 84,000-square-foot supercenter and, in 2013, opening a second supercenter about 12 miles away in Marlette. All three supercenters are in Michigan’s thumb area, set in communities with fewer than 2,500 residents.
At approximately 40,000 square-feet, after renovations and remodeling, the Cass City store is the smallest of the three. While it has a True Value Hardware within the supercenter, it doesn’t have the same farm, ranch and trailer supplies that the other locations carry. “We do have a full-scale grocery department, including an expansive produce area, a butcher shop, and — opening soon — a deli and pharmacy,” Zyrowski says.
All Ben’s locations are supplied by Associated Wholesale Grocers (AWG), where Zyrowski serves on the board of directors. “We’ve been able to stay well stocked at all our stores throughout the pandemic,” he adds. He also served on the Michigan Grocers Association board of directors and, later, on the Michigan Retailers Association Grocers Division advisory board.
Zyrowski attributes success to the company’s dedicated customers and loyal staff . “In addition, we have a really effective pricing model,” he explains. “We know that products are only worth what shoppers can buy them for at other stores, so that’s how we set our pricing strategy. And it seems to be working. In particular, our health and beauty category is doing really well, and that can be a difficult department in small grocery stores.”